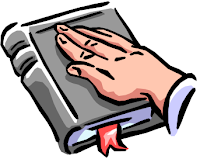 Have we noticed how often God pushes or allows things to be pushed to the limit? Remember:

Abraham & Isaac
How Abraham's hand, holding the sacrificial knife, was in the air before the angel spoke: “Lay not thine hand upon the lad ...”1

King Hezekiah
How Jerusalem was surrounded by a formidable, cruel, conquering Assyrian army of 185,000, camped for the night, ready to attack at dawn. But before the sun arose, the entire army had succumbed to something in the night and all were dead.2

The Prophecy Believers
How the hostility against believers in a prophecy (that at Christ's birth there would be a day, a night and a day as one day) was so great that the mockers and unbelievers threatened “that all those who believed in those traditions should be put to death except the sign should come to pass.” And how, on the eve of that threat, the sign commenced.3

Apostle Peter
How Peter, lying in prison, awaiting a morning judgment by the same king Herod who had recently killed James, his brother in the Gospel, was awakened by an angel and led through prison gates to freedom.4

In these cases, rescue came at nigh the last minute as has been done thousands of times for others, though most did not know till that last minute whether rescue would come in this life or whether it would come after death – at the resurrection.

In this COVID-19 scenario (and coming substitute crises), we won't know what the tyrannical limit will be allowed to be — whether some will be required to endure a Viktor Frankl experience or worse.5 Few could have imagined the many historical atrocities in the months before the atrocities began: the India / Pakistan partition, Mao's Cultural Revolution, Nazi Germany, Pol Pot in Cambodia, the Rwandan and Kosovo tragedies, the French and other European Revolutions, the Phoenix Program6 in Viet Nam, the Iraq War, and on and on.

Yes, many, despite their honorable choices, will not be rescued in this life like Abraham, Isaac, and the other examples, or like Viktor Frankl who found him still miraculously alive when the allied forces arrived at the camp gates.7

So what is the lesson in last minute rescues? Is it to trust God to the end — whatever end it proves to be? If we give in to demands that violate our conscience, our bodily integrity, our knowledge, how will we know if some sort of rescue might have come had we endured in integrity, faith, courage, and in defense of freedom?

Thus, a vital question is: Have we, like the church at Ephesus, left our first love8 thinking that alleged love of our neighbor (the second love9) justifies trusting in the arm of flesh or trusting in those who have proven, time after time, to be liars and deceivers?10

So what is our stance on vaccination? Are we willing to honor God-given agency or do we demand compliance to a disputed narrative coercing an experimental injection? And what is it that coercion honors? a Nazi-like narrative11? the power, gain, glory, and domination agendas of a world gone mad violating Constitutions, Bills and Charters of Rights, and God-given freedoms? violating the Nuremberg Code12? violating the United Nations Universal Declaration of Human Rights13? violating the Declaration of Helsinki14?

Let us: “Remember therefore from whence [we are] fallen, and repent, and do the first works.”

Let us: Say NO to fear; Say NO to coercion; Endure in faith to the end, whatever that end may be.