(Will it indeed come to this?) 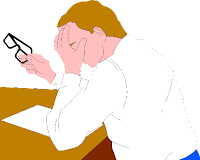 What will you do if someone you love says: “Until you [Mom and Dad] get the [double-dose, experimental] COVID vaccine, we [your son, daughter-in-law, and four grandchildren] will not visit you”?1
What if your awareness of:

PLUS your conscience forbids you to “trust in the arm of flesh;”9

Can we even conceive that Life might come down to a personal knowledge, conviction, and witness10 versus a loved one, or a long-term affiliation, or social expectation?

Perhaps Christ already put us on notice about a situation such as this? that we would be required to choose between trust in God and trust in or love for some person or people? Could these words apply to the tragic divisions now manifesting in this global COVID-19 scenario?

25 ¶ And there went great multitudes with him [Jesus]: and he turned, and said unto them,
26 If any man come to me, and hate not his father, and mother, and wife, and children, and brethren, and sisters, yea, and his own life also, he cannot be my disciple.
27 And whosoever doth not bear his cross, and come after me, cannot be my disciple.13

And what is the promise for choosing God?

29 And every one that hath forsaken houses, or brethren, or sisters, or father, or mother, or wife, or children, or lands, for my name's sake, shall receive an hundredfold, and shall inherit everlasting life.14

Can we even conceive that we might be in the midst of prophecy unfolding? in the midst of Jesus' great divide? that the choice “to be or not to be” a disciple is here and unavoidable?