Is it not blatantly obvious? 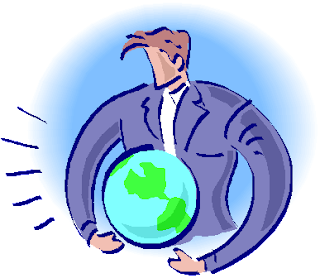 that anyone who pursues power cannot be trusted with power?

History and current events are littered with the déjà vus of men and women from high station to low who abused the power they were given or that they took upon themselves—abuses perpetually manifest from within the microcosms of family and local institutions to the macrocosms of nations, empires, and global organizations.

The proofs are everywhere, but somehow most of us keep pretending—hoping—that we can safely trust in the arm of flesh despite overwhelming evidence to the contrary, and despite all God's laments1 (not to mention the laments of His prophets2) about the nature of mankind. The Savior Himself warned:


Behold, I send you forth as sheep in the midst of wolves: be ye therefore wise as serpents, and harmless as doves. But beware of men: for they will deliver you up to the councils, and they will scourge you in their synagogues;3

Why do we persist in thinking—imagining—that those who pursue power, wealth, or fame can be trusted in any degree? We seem to have so many things inverted, but C.S. Lewis puts it upright.


I am a [small d] democrat[4] because I believe in the Fall of Man. I think most people are [small d] democrats for the opposite reason. A great deal of democratic enthusiasm descends from the ideas of people like Rousseau, who believed in democracy because they thought mankind so wise and good that everyone deserved a share in the government. The danger of defending democracy on those grounds is that they are not true. And whenever their weakness is exposed, the people who prefer tyranny make capital out of the exposure. I find that they’re not true without looking further than myself. I don’t deserve a share in governing a henroost, much less a nation. Nor do most people— all the people who believe advertisements, and think in catchwords and spread rumours. The real reason for democracy is just the reverse. Mankind is so fallen that no man can be trusted with unchecked power over his fellows.5

If we imagine we are personally immune from what “fallen nature” does with power, then we are tragically unprepared for what is coming—our own complicity in the “Lucifer Effect”6 that is enveloping the world because we seeing will not see, and hearing will not hear what our fallen nature has done, is doing, and will do when responding to situational or systemic social forces.

And where does paranoid power often flex its muscle in an attempt to puff, prove, and preserve itself?—as always, against the most weak and vulnerable—especially women, teenagers, and children. Weinstein and Epstein are only the merest tip of an immense iceberg that thousands upon thousands (high and low, Right and Left) are desperate to keep hidden in an attempt to retain their power, their wealth, their fame, their “respectability,” their jobs. Yes, many thousands have been duped into criminal behaviors in honey-pot and yacht ops, and subsequently blackmailed for their silence and cooperation in control and power agendas. Thus corrupt power continues to corrupt everything it touches and we continue to pretend that mankind is “so wise and good.”

How long, with all the headlines and witnesses of recent decades, before we finally abandon the delusion that there is “No Such Thing As This”7 in our advanced day and age?

How long will we continue to allow government and court records to be sealed to conceal horrific crimes and frauds under color of National Security? or for the so-called preservation of “intelligence” assets? How long must innocent or duped persons be targeted, maligned, prosecuted, or “suicided” to take the heat off the power-mongers who orchestrate it all?

The History of Our Future?


Do we have any clue as to the subtle, orchestrated design of our present (and future) state of dire affairs?1

Do we think our world has come to this control point through random acts of happenstance?

Do we not remember that:


»  “[Satan] goeth up and down, to and fro in the earth, seeking to destroy the souls of men.”2
»  that he first presented himself with a forked tongue; speaks out of both sides of his mouth; and is subtle and cunning beyond most imagination?
»  that he and his witting supporters thrive in secrecy, compromise, and lies?
»  that unwitting (deceived) supporters may prove even more numerous as abettors than witting ones?
»  that conspiracies and secret combinations have been and are the perpetual life-blood of control agendas?

Can we not see how most “saints” (by all appearances) have readily accepted the technologies of a “Brave New World” of unconcerned pacified surveillance and unquestioning compliance? that those who aren't pacified and compliant are already descending into an Orwellian world of censorship and control? Again, another manifestation of Satan's two-pronged, double agenda: to get every soul—both those who are coming (and getting along with the Babylonian system) and those who are going (against).

If one is not aware of the history of our tech giants (and how they came into being and are being used), here is another chance to get informed—a chance to preview our future by understanding the agendas of the recent past. This revealing history by James Corbett exposes the present and future:


The Secrets of Silicon Valley: What Big Tech Doesn't Want You to Know (Time 43:39) at
https://www.youtube.com/watch?v=TbKxUYl3WSE&feature=youtu.be

or other viewing / listening options at
https://www.corbettreport.com/siliconvalley/

So which are we each going to prove: an abettor or a combator? Will we experience the Huxlian3 or the Orwellian4 version of the future before the wind-up? and will our chosen version make a personal difference in the eternal future?

_____________________________/
1. Follow any number of credible alternative news reporters (many referenced in past Déjà Vu Times II posts) because the big MSM are all bought and paid for by the deceivers (to put it bluntly). All MSM operate on the “Amusing Ourselves to Death” principle so well described by Neil Postman in his book of that name. Amusing Ourselves to Death is a book of truth and warning.
Also, consider: Book of Mormon | Ether 8:25 ~ “whoso bu ildeth up [this secret combination to get power and gain] seeketh to overthrow the freedom of all lands, nations, and countries; and it bringeth to pass the destruction of all people, for it is built up by the devil, who is the father of all lies; even that same liar who beguiled our first parents, yea, even that same liar who hath caused man to commit murder from the beginning; who hath hardened the hearts of men ...
2. Doctrine and Covenants | Section 10:27
3. Aldous Huxley: Brave New World, see: https://en.wikipedia.org/wiki/Brave_New_World
4. Orwellian: https://en.wikipedia.org/wiki/Orwellian