“To Make the Known Unknown”? 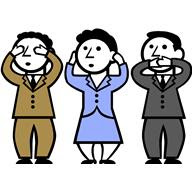 If there is a succinct phrase that could describe the condition of our day, it might be the title to this post.


"To make the known unknown."*

God's promise has always been the reverse: to make the unknown known to those who seek:


Call unto me, and I will answer thee, and shew thee great and mighty things, which thou knowest not. (Old Testament | Jeremiah 33:3)

BUT in this age we have become inundated with fake news, false flags, propaganda, and psy-ops orchestrated and funded by the very powers that claim to have our best interests and security at heart. We have fallen into an age where that which is known to millions is ignored by millions as though what they know (what witness after witness has revealed at risk to life and limb) were completely unknown. As if we cannot bring ourselves to see, hear, or speak about what is being done in our world. As if we cannot remember:


For we wrestle not against flesh and blood, but against principalities, against powers, against the rulers of the darkness of this world, against spiritual wickedness in high places. (New Testament | Ephesians 6:12)

This Déjà Vu blog has tried, over the past decade, to help keep conscious that which is known (has been witnessed time after time) about the forces and fabrications of the adversary; a consciousness of not resisting evil with evil but of resisting the powers with awareness, prayer, exposure, and invitations to redemption.

Here is a brief excerpt detailing our current circumstance from “Engaging the Powers” by Walter Wink:


The world-atmosphere teaches us what we can value. In the Domination System generally, it teaches us to value power. In any particular society, however, power is given specific shape by the peculiar conditions of the time. What characterizes our society is the unique value ascribed to money. People in every age have coveted wealth, but few societies have lionized the entrepreneur as ours does. Aristocratic societies—and most societies have been aristocratic—have tended to look down on acquisitiveness and to despise merchants. Modern capitalism, by contrast, has made wealth the highest value. Our entire social system has become an "economy"; no earlier society would have characterized itself thus. Profit is the highest social good. Consumerism has become the only universally available mode of participation in modern society. The work ethic has been replaced by the consumption ethic, the cathedral by the skyscraper, the hero by the billionaire, the saint by the executive, religion by ideology. The Kingdom of Mammon exercises constraint by invisible chains and drives its slaves with invisible prods. (How rare it is for rich people to say, "I have enough.") But Mammon is wiser in its way than the dictator, for money enslaves not by force but by love.

The world-atmosphere also teaches us what to see. "One can say not only that as individuals we live within a sociocultural organism but also that the sociocultural organism lives within us. Not only are we individual units within an organized society, but organized society is represented and incarnated within our brains." Whatever the System tells our brains is real is what we are allowed to notice; everything else must be ignored. "We give the system the power to make the known unknown."[*] Thus we are taught to mistrust our own experiences.

Every observation is a directed observation, that is, an observation for or against a point of view. Every mind is a "contaminated mind," a mind constructed of a network of suppositions and assumptions. All descriptions are paradigm-conditioned and value-laden. A Skinnerian and a Freudian will not only describe the same behavior in incompatible ways, but their conceptual frameworks actually cause them to see different behaviors. The observed behavior is different in each case. The result of this limitation on what we are allowed to see is a miniaturization of our living world.

These limitations of sight are to a degree merely a consequence of finitude. But to some extent they are also the result of a system that is deliberately blinding us to God's true intent for humanity:

Walter Wink. Engaging the Powers: Discernment and Resistance in a World of Domination (Kindle Locations 812-829). Kindle Edition. [ All bold emphasis has been added, and 3 footnote references omitted.]

"Nonviolence for the Violent"?


The great déjà vu of history must be the continuity of domination systems and the violence that sustains them. When we look at our inner and outer selves and at the systems we have established, almost all—whatever the “altruistic” origins—seem to rapidly devolve into domination systems, even within our families.

But perhaps the greatest domination system in history is the deep state fronted by US, our secretive agencies, and coerced allies. When we finally open our eyes and ears to the depth of murder and mayhem that we have resorted to in pursuit of power, gain, and so-called security, the crimes and corruptions of the socialist/communist system will pale in comparison to those of the secretive, hypocritical Babylonian system1 that we have embraced and energized.

The violence that has been perpetrated by this nation that was born in such hope and promise is tragic beyond description. Many have tried to witness what they have seen and experienced, but so few USians want the truth; but for those who do, what do WE do so that we do not mirror the violence?

Perhaps we can learn vital lessons from 2000 years ago—not from the supposed wimp Jesus, but from the radical, outspoken Jesus who used the domination system against itself in nonviolent ways. Perhaps it is time to reassess what Jesus really intended with turn the other cheek; with let him have thy cloak also; with go the second mile.2

For latter-day ideas for nonviolent resistance, check out Gene Sharp and his advocates.3

Oh, that we had a passionate, repentant Jonah4 preaching with power to a seeing, hearing US!