Since reading the following (humor-intended?) comment in a discussion group, I have been thinking about the perspective prison that many of us seem to accept without question. The comment was:

My reply was: “Perhaps the new (and everlasting[!!]) technology [of a Zion society] will surpass our tablets and iphones (D&C 130:9-10) in ways we cannot imagine, which is highly likely considering Isaiah 55:8-9.”

I wonder if our perspective prison is that we think all our mechanical/physical technology is going to be translated into the next phase (with celestial improvements, of course)? But what if OUR technology is ALL utterly telestial? What if we have become so focused on the marvels of lesser things that we have forgotten there is a “technology” vastly superior composed of light and faith? (Ref.: D&C 88 and Lectures on Faith, Lecture One.)

What if all these marvels of lesser things have tragically distracted us from the real marvel of celestial “technology” and our divine destiny*? What if:


Their land also is full of idols; they worship the work of their own hands, that which their own fingers have made: [?] (Old Testament Isaiah 2:8) 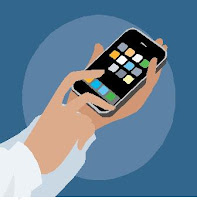 Yes, God can and does use our lesser technology for His good purposes. At some point, His question to us will probably be: Did you?

Has there ever been a time when our hands have been so constantly in use? So continually making choices? When our eyes have been so persistently focused and refocused? On what? To edification? To the glory of God or the obsession of self?

Are we but déjà vu the children of Israel (all Twelve Tribes), and countless others who were given lesser gifts and powers because they were not prepared to (and could not) abide greater ones?**

----------------------/
* http://dejavu-timestwo.blogspot.ca/2012/08/offspring-or-something-less.html
** (Doctrine and Covenants Section 84:23-27): Now this Moses plainly taught to the children of Israel in the wilderness, and sought diligently to sanctify his people that they might behold the face of God; But they hardened their hearts and could not endure his presence; therefore, the Lord in his wrath, for his anger was kindled against them, swore that they should not enter into his rest while in the wilderness, which rest is the fulness of his glory. Therefore, he took Moses out of their midst, and the Holy Priesthood also; And the lesser priesthood continued, which priesthood holdeth the key of the ministering of angels and the preparatory gospel; Which gospel is the gospel of repentance and of baptism, and the remission of sins, and the law of carnal commandments, which the Lord in his wrath caused to continue with the house of Aaron among the children of Israel until John, whom God raised up, being filled with the Holy Ghost from his mother's womb.
See also, (Book of Mormon Alma 12:9-11): And now Alma began to expound these things unto him, saying: It is given unto many to know the mysteries of God; nevertheless they are laid under a strict command that they shall not impart only according to the portion of his word which he doth grant unto the children of men, according to the heed and diligence which they give unto him. And therefore, he that will harden his heart, the same receiveth the lesser portion of the word; and he that will not harden his heart, to him is given the greater portion of the word, until it is given unto him to know the mysteries of God until he know them in full. And they that will harden their hearts, to them is given the lesser portion of the word until they know nothing concerning his mysteries; and then they are taken captive by the devil, and led by his will down to destruction. Now this is what is meant by the chains of hell.


In a recent magazine article entitled “Cyberbullying,”* a statement caught my eye and ire. The statement was: “Whereas children could traditionally find in their homes a safe haven from bullies ...”;

I suppose my consciousness-factor (and irritability) is somewhat high on this issue for three reasons:


1) a recent news report1 of how damaging bullying WITHIN the home can be;

3) recent awareness of a father2 who is bullying his children (in part) to wreak vengeance on an ex-wife; using his teenage and adult children to send (unbelievable) texts and messages to other siblings who will not conform to his will; a father who claims his “priesthood” gives him the right (of inspiration!) to “direct” (meaning dictate)3; a father whose self-awareness approaches the negative and whose aspirations know no limit. It is unbelievably tragic—with consequences to be played out perhaps over generations.

If bullying by siblings and parents does not fall within our consciousness or articulations, how many abused kids, parents, or spouses (both male and female) are left unaware that their torment is, IN FACT, a result of bullying by a family member?

PLEASE, let us recognize: some of the most damaging bullying does not invade the home—it originates there. It is mostly NOT anonymous. It can be exacerbated by technology. And the “What to Do” of the Ensign article leaves kids (and others) with little awareness and no suggestions on how to deal with family bullies, especially when the bully is a parent or spouse, or a sibling/child egged on by such a parent.

And please, be advised: this post is not to say that all homes have bullies. Many homes are trying desperately to be safe havens, and for them the Ensign article may be helpful. It’s just that too often we seem to idealize our homes and whitewash or ignore offending realities.

When a thing is not named for what it is, both victim and perpetrator remain uncounted and unaccountable.