("Worshiping power* instead of God"?) 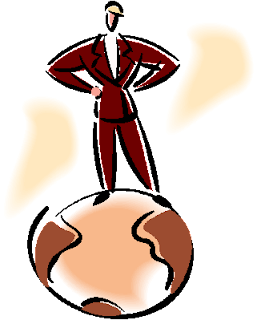 Recently I came across two phrases that succinctly describe the déjà vus of world history: 1) “conspiracy against God” being the subtle, mostly unacknowledged what of world systems1; and 2) “worshiping power instead of God” being the how — the modus operandi.

We see the full scenario played out in Old Testament Daniel 3 — in the conspiracy for power orchestrated by visible and invisible forces,2 and in the compulsory worship of Nebuchadnezzar's massive, golden idol.

How many permutations of this story have played out within every nation, kindred, tongue, and people?

Here is Walter Wink's take on the condition of nigh every human in this world of fallen, corrupted systems:


We "[are\]were dead," because the total world-system is a conspiracy against God, a lie perpetuated by people and presided over by Satan. We "were dead" because we were born into such a world and never had [or pursued] any other options. "Dead," because having taken in its deadly vapors, we breathe them out on others; we become its carriers, passing it into our institutions, structures, and systems even as these have reciprocally passed on the same deadly fumes to us.3

It is, in short, what we mean today by such terms as ideologies, the Zeitgeist, customs, public opinion, peer pressure, institutional expectations, mob psychology, jingoistic patriotism, and negative vibes. These constitute "the power of the air," the invisible but palpable environment of opinions, beliefs, propaganda, convictions, prejudices, hatreds, racial and class biases, taboos, and loyalties that condition our perception of the world long before we reach the age of choice, often before we reach the age of speech. It "kills" us precisely because we "breathe" it in before we even realize it is noxious. Like fish in water, we are not even aware that it exists, much less that it determines the way we think, speak, and act. To seem not to appear is part of its essence, as Schlier put it." So invisible are its assaults, in fact, that only a special coat of invisible arms can protect even those who have been made aware of and delivered from it. I refer, of course, to the "panoply of God's armor" spoken of in Eph. 6:10-20.4

Wink asserts that Christ's life, death, and resurrection unmask the truth about world systems — that from divine purpose and vocation,5 systems (both visible and invisible) and their stewards have strayed6 into “worshiping power instead of God.”7

So the question arises for each of us: What good is the unmasking if seeing, we do not see and hearing, we do not hear what "the spirit of power"8 does and has done to people and systems throughout history? Can we see that the pursuit of power (the “conspiracy against God”) is reaching its zenith as competing factions and systems battle for the “throne” with technologies of power never before seen?

What should We The People do? take sides with competing, mortal powers? believe / support some lies while rejecting others? let ourselves be led about by people and powers without conscience? refuse to acknowledge the full spectrum truth of every power-player?

Truly, we are in desperate need of seeing and understanding the truths and déjà vus of powers and power-players, and of


becoming united as one in prayer and action for their exposure, awareness, healing, transformation, and redemption.


Doctrine and Covenants | Section 29:1, 36 ~ “... for he [the devil] rebelled against me [Jesus Christ, your Redeemer, the Great I AM], saying, Give me thine honor, which is my power; “ (Bold emphasis added.) | Note: Could honor for Satan mean praise and power; but for Christ, could it mean integrity ("on My honor")?
Pearl of Great Price | Moses 4:1, 3-4 ~ AND I, the Lord God, spake unto Moses, saying: That Satan, whom thou hast commanded in the name of mine Only Begotten, is the same which was from the beginning, and he came before me, saying—Behold, here am I, send me, I will be thy son, and I will redeem all mankind, that one soul shall not be lost, and surely I will do it; wherefore give me thine honor. ... Wherefore, because that Satan rebelled against me, and sought to destroy the agency of man, which I, the Lord God, had given him, and also, that I should give unto him mine own power; ... ; And he became Satan, yea, even the devil, the father of all lies, to deceive and to blind men, and to lead them captive at his will, even as many as would not hearken unto my voice. (Bold emphasis added.)
3. Walter Wink. Naming the Powers: The Language of Power in the New Testament (The Powers : Volume One) (Kindle Locations 950-952). Kindle Edition. (Bold emphasis added.) 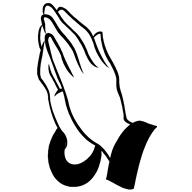 If we counted the YESes vs the NOs over a lifetime of prayers, what would the percentage be? 80/20? 20/80? Do we ever feel like Nephi, that the more anguished and fervent the prayer, the more rebellious / stiffnecked / antagonistic the siblings (or in other cases: child, spouse, parent, friend, “enemy,” leader, institution, nation, and on and on)? or the more dire the situation becomes? or the greater the sense of fear or failure?

Of course there are thousands millions on millions of answered prayers, but the mystery of refusal for things that seem right, just, equitable, and surely within a loving Father's will, is, perhaps, beyond mortal ability to fathom. Does it sometimes seem that the harder we try the further away we feel? Here are some insights from C.S. Lewis:


Prayer is not a machine. It is not magic. It is not advice offered to God. Our act, when we pray, must not, any more than all our other acts, be separated from the continuous act of God Himself, in which alone all finite causes operate.
It would be even worse to think of those who get what they pray for as a sort of court favourites, people who have influence with the throne. The refused prayer of Christ in Gethsemane is answer enough to that. And I dare not leave out the hard saying which I once heard from an experienced Christian: ‘I have seen many striking answers to prayer and more than one that I thought miraculous. But they usually come at the beginning: before conversion, or soon after it. As the Christian life proceeds, they tend to be rarer. The refusals, too, are not only more frequent; they become more unmistakable, more emphatic.’
Does God then forsake just those who serve Him best? Well, He who served Him best of all said, near His tortured death, ‘Why hast thou forsaken me?’ When God becomes man, that man, of all others, is least comforted by God, at His greatest need. There is a mystery here which, even if I had the power, I might not have the courage to explore. Meanwhile, little people like you and me, if our prayers are sometimes granted, beyond all hope and probability, had better not draw hasty conclusions to our own advantage. If we were stronger, we might be less tenderly treated. If we were braver, we might be sent, with far less help, to defend far more desperate posts in the great battle.1

Could it be that at some point in our spiritual progression, we will be required to choose good for its own sake with utter disregard for fear of consequence or expectation of favor?