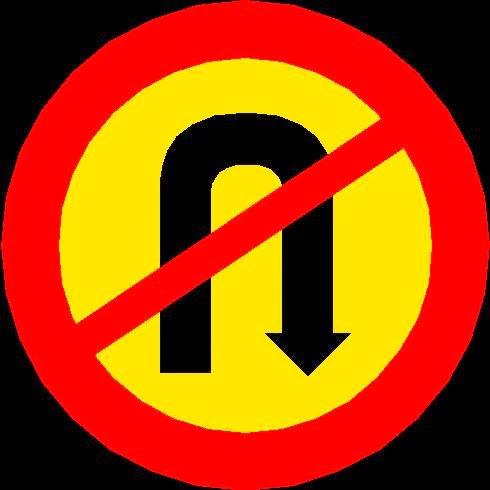 Hear, O heavens, and give ear, O earth: for the LORD hath spoken, I have nourished and brought up children, and they have rebelled against me. ... Thy princes are rebellious, and companions of thieves: every one loveth gifts, and followeth after rewards: they judge not the fatherless, neither doth the cause of the widow come unto them. (Old Testament Isaiah 1:2, 23)

All we like sheep have gone astray; we have turned every one to his own way; and the LORD hath laid on him the iniquity of us all. (Old Testament Isaiah 53:6)

Yea, they are greedy dogs which can never have enough, and they are shepherds that cannot understand: they all look to their own way, every one for his gain, from his quarter. (Old Testament Isaiah 56:11)

I have spread out my hands all the day unto a rebellious people, which walketh in a way that was not good, after their own thoughts; (Old Testament Isaiah 65:2)

They are not humbled even unto this day, neither have they feared, nor walked in my law, nor in my statutes, that I set before you and before your fathers. (Old Testament Jeremiah 44:10)

... they have despised the law of the LORD, and have not kept his commandments, and their lies caused them to err, after the which their fathers have walked: (Old Testament Amos 2:4)

... ye have turned judgment into gall, and the fruit of righteousness into hemlock: (Old Testament Amos 6:12)

For I bear them record that they have a zeal of God, but not according to knowledge. For they being ignorant of God's righteousness, and going about to establish their own righteousness, have not submitted themselves unto the righteousness of God. (New Testament Romans 10:2-3)

For all seek their own, not the things which are Jesus Christ's. (New Testament Philippians 2:21)

[Y]ea, the more part of them had turned out of the way of righteousness, and did trample under their feet the commandments of God, and did turn unto their own ways, and did build up unto themselves idols of their gold and their silver. (Book of Mormon Helaman 6:31)

They seek not the Lord to establish his righteousness, but every man walketh in his own way, and after the image of his own god, whose image is in the likeness of the world, and whose substance is that of an idol, which waxeth old and shall perish in Babylon, even Babylon the great, which shall fall. (Doctrine and Covenants Section 1:16)

And my vineyard has become corrupted every whit; and there is none which doeth good save it be a few; and they err in many instances because of priestcrafts, all having corrupt minds. (Doctrine and Covenants Section 33:4)

Behold, thus saith the Lord unto my people—you have many things to do and to repent of; for behold, your sins have come up unto me, and are not pardoned, because you seek to counsel in your own ways. (Doctrine and Covenants Section 56:14)

And the anger of God kindleth against the inhabitants of the earth; and none doeth good, for all have gone out of the way. (Doctrine and Covenants Section 82:6)

Does any of this sound déjà vu, even from Moses’ day?


And the LORD said unto Moses, Behold, thou shalt sleep with thy fathers; and this people will rise up, and go a whoring after the gods of the strangers of the land, whither they go to be among them, and will forsake me, and break my covenant which I have made with them. (Old Testament Deuteronomy 31:16)

Does God lament anymore? or have we got it all under control? or are our gods too subtle for recognition? or too necessary to the “good” life? or so entwined in our culture, we can’t see for not looking?

And if we're not hearing God's Lament from our bishop's, pastors, elders, preachers,  et al. could it be because we won't? Could Isaiah's words apply today?


Now go, write it before them in a table, and note it in a book, that it may be for the time to come for ever and ever: That this is a rebellious people, lying children, children that will not hear the law of the LORD: Which say to the seers, See not; and to the prophets, Prophesy not unto us right things, speak unto us smooth things, prophesy deceits: Get you out of the way, turn aside out of the path, cause the Holy One of Israel to cease from before us. (Old Testament Isaiah 30:8-11)

Is it time for a review of Spencer W. Kimball's, "The False God's We Worship"?

Is it time to listen to latter-day witnesses, as in Chris Hedges, former foreign correspondent, and hundreds of others?


Curtis White in The Middle Mind argues that most Americans are aware of the brutality and injustice used to maintain the excesses of their consumer society and empire. He suspects they do not care. They don't want to see what is done in their name. ["The rows of flag-draped coffins," "the horribly maimed bodies and faces of veterans," "the hundreds of thousands who have been killed in Iraq," and elsewhere over 230 years of history.1] It is too upsetting. They don't want to read about the nation's growing legions of underemployed and poor, or the child laborers in sweat shops who make our clothing and our shoes. Government and media censorship ... are appreciated. Most prefer to be entertained. (Chris Hedges, I Don't Believe in Atheists, p. 85-86, © 2008)

---------------------/
Note to all believers in God, everywhere: If we think these laments apply only to our wayward neighbors, perhaps we should find one of those ubiquitous mirrors from the prior post. And that includes this writer. I write these things out of self-reflection and to witness of what I, too often, experience and see in myself and others of all faiths and persuasions.