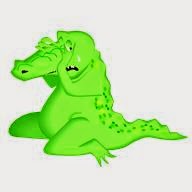 In her book, The Sociopath Next Door, Martha Stout gives her assessment of the best tip-off to avoiding sociopaths. It is not “some sinister-sounding detail of behavior or snippet of body language or threatening use of language that is the subtle give-away” for “none of these things is reliably present” (p. 107). She continues:


Rather the best clue is, of all things, the pity ploy. The most reliable sign, the most universal behavior of unscrupulous people is not directed, as one might imagine, at our fearfulness. It is perversely, an appeal to our sympathy (p. 107).

When deciding whom to trust, bear in mind that the combination of consistently bad or egregiously inadequate behavior with frequent plays for your pity is as close to a warning mark on a conscienceless person’s forehead as you will ever be given (p. 109).

All of which is a fascinating insight considering the brief profile of the first conscienceless person identified by name. Here is what was written of Cain after he murdered his brother Abel.


And Cain gloried in that which he had done, saying: I am free; surely the flocks of my brother falleth into my hands.

Then God appears on the scene.


And the Lord said unto Cain: Where is Abel, thy brother?

And he said: I know not. Am I my brother's keeper?

And the Lord said: What hast thou done?
The voice of thy brother's blood cries unto me from the ground.
And now thou shalt be cursed from the earth
which hath opened her mouth to receive thy brother's blood from thy hand.
When thou tillest the ground
it shall not henceforth yield unto thee her strength.
A fugitive and a vagabond shalt thou be in the earth.
(Pearl of Great Price | Moses 5:33-37)


And Cain said unto the Lord:
Satan tempted me because of my brother's flocks.
And I was wroth also; for his offering thou didst accept[1] and not mine;
my punishment is greater than I can bear.
Behold thou hast driven me out this day from the face of the Lord,
and from thy face shall I be hid;
and I shall be a fugitive and a vagabond in the earth;
and it shall come to pass, that he that findeth me will slay me,
because of mine iniquities, for these things are not hid from the Lord.
(Moses 5:38-39)

And so it began and so it continues, and will continue unless we awaken to things as they were and as they now are; and thenceforth follow the advice:


Never agree, out of pity or for any other reason, to help a sociopath conceal his or her true character [or crimes]. ... Other people deserve to be warned more than sociopaths deserve to have you keep their secrets (Stout, pp. 161-162).

And that goes especially for the human agents of sociopathic / psychopathic institutions, societies, clubs, organizations, and nations.

(Note: it is not because Cain’s offering was the fruits of the field, for “first fruits” are acceptable. Listen to the temple endowment words.)

There may be several factors to account for God’s lack of respect, but surely this reason is foremost:


And Cain loved Satan more than God. And Satan commanded him, saying: Make an offering unto the Lord. (Moses 5:18)

So, Cain was acting in obedience to Satan, not God. Also, we do not know the quality of Cain’s offering, but we do know he already had an attitude problem:

Thus, his perceived “obedience” to God was just the opposite.