This Is Not a Movie! 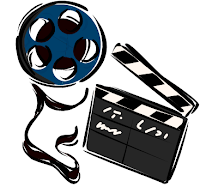 But if it were a movie, most of us would leave the theatre recognizing we had just watched a cinematic work scripted and directed with detailed plan and purpose. In fact, if all this were happening on a movie screen, would the ubiquitous conflict between good versus evil1 seem more real? more discernible?

If we sat down for one hour and sketched a rough outline plot for a movie titled, COVID 19,2 what dramatic situation would we choose to tell the COVID story? Who would our heroes be?

Georges Polti in his book The Thirty-Six Dramatic Situations3 claims there are only 36 basic plots that drive an endless variety of story ideas. Polti may be right about 36 for other writers have apparently tried to come up with one outside his 36 and have not (so far as I know) succeeded. Brief summaries of his dramatic situations (DSs) can be found here and here.4

But from what I know and have studied about the science and history of power, Polti's DS-#30 has been the primary plot since before creation and is the plot now driving the global COVID narrative. It is the plot of the one Isaiah described as:

For thou [O Lucifer] hast said in thine heart, I will ascend into heaven, I will exalt my throne above the stars of God: I will sit also upon the mount of the congregation, in the sides of the north:
I will ascend above the heights of the clouds; I will be like the most High.5

Ambition is the passion — the obsession — of the Domination System (DS2) and if those who watch movies on a regular basis analyzed each story line, ambition for power, gain, and glory would rank high, and would, with minor variations,6 endlessly retell the story of Domination, except, according to the political theorist, Hannah Arendt, the Twentieth Century has introduced us to new levels of dominating evil.

“For Arendt, the totalitarian regimes of Hitler and Stalin were quite different to the tyrannies and dictatorships of the past, which merely sought to control populations. The most striking aspect of totalitarianism is that “it is let loose when all organized opposition has died down and the totalitarian ruler knows that he no longer need be afraid.” Stalin began his great purges, for instance, only in 1934 when all potential opposition had been executed or sent to the Gulag. The totalitarian leader is not content simply to control the population; he seeks to control hearts and minds, so that the leader, the state, and the people are as one. This not only requires great organization on a mass scale, but brings with it new levels of evil, since the individual means nothing and every kind of state crime can be justified.”7

Take some time to ponder which Dramatic Situation you would use to tell the COVID story. Does it account for all the unfolding events? What are the new levels of cruelty and evil we are witnessing? acquiescing to? demanding in the name of safety?

Why is it so easy to cheer on and identify with those resisting domination and power abuse in movies and yet, when the alleged enemy is reduced to an invisible virus, we accept the Goliath, fear-pumped narrative and stone David?