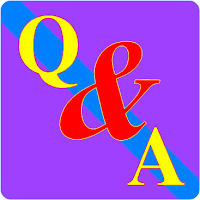 With the plethora of new tyrannical legislation under cover of COVID19, many are remembering and praising Ayn Rand's phantom character, John Galt. Thirty-three times in Atlas Shrugged, Rand asks the question: “Who is John Galt?” YET, it seems that, over the years, few have taken the time to reply, so I refurbish a portion of a Déjà Vu ~ Times answer1 from 2012 to remind lamenting, budding rights-activists that their “anarchist” John Galt is probably not who they think he is.

For and from the record,2 John Galt is:


the man who claims that Galt’s Gulch ... (Galt's Autonomous Zone, i.e., GAZ in latter-day parlance) has no rules (D:544) — EXCEPT the rule that there are no rules. OH, AND the rule “not to give to the world the benefit of [one’s] mind” (D:569). OH, AND since there are really no rules, there are several GAZ “directives” as in:

▪ the word “give” is forbidden in the valley (D:544)
▪ no one can leave GAZ during the month of rest from the world (D:578)
▪ no communication with the outside world is allowed while in GAZ (D:581)
▪ no disclosure of any nature or degree about GAZ to the outside world is permitted (D:615)
▪ there are to be no gifts or favors, only earnings in GAZ (D:578+; 544)
▪ no currency but Milligan mint is accepted in GAZ (D:554)
▪ one doesn’t ask for help (D:575)
▪ self-sacrifice is forbidden3 (D:769)
▪ the requirement to pursue self-interest and maximum profit prevails
▪ “there can be no collective commitments in [GAZ] and that families or relatives are not allowed to come here, unless each person takes the striker's oath by his own independent conviction.” (D:598)
▪ the law of the voluntary contract governs4 (D:810)
▪ everyone who enters GAZ takes the oath: "I swear—by my life and my love of it—that I will never live for the sake of another man, nor ask another man to live for mine."5 (D:557)
▪ “Nobody stays in [GAZ] except by a full, conscious choice based on a full, conscious knowledge of every fact involved in his decision. Nobody stays here by faking reality[6] in any manner whatever." (D:605)
▪ everyone MUST be a competitive, achieving person of ambition and competence
▪ violence (normally taboo) will be met with violence (no “turn the other cheek” nonsense) (D:779)
▪ there shall be no sloth7
▪ “moochers,” “looters,” “cannibals” are forbidden
▪ the support of “moochers,” “looters,” “cannibals,” is forbidden
▪ (plus how many other unexpressed expectations and directives might Galt pronounce to counter opposing expectations and beliefs of newcomers to GAZ?)

So, do we have any realists ready to move to GAZ? Or to other AZs that are cropping-up in 2020?

So, could we term Rand's “GAZ” a form of GAZlighting of innocents who know-not the reality of human nature? Anarchy is a vacuum that fills almost instantly with tyrants. That's the reality of “mankind” and “human nature” in this fallen world. Just ask the Seattle CHAZ/CHOP innocents and “summer-of-love” mayor about co-opting and tyranny. In the beginning, all might seem calm, peaceful, respectful, inclusive, utopian, but reality soon intervenes as a new / old domination system invades the Shangri-La.8 SO

Defunding / disbanding the police, even as abusive as some of them are, creates a vacuum into which bands of mercenaries will rush — mercenaries already visa-ed, prepped, weaponized, and waiting with baited breath for the order to roll-out the WO (camouflaged as World Order). And as horrific as recent events have been, they pale to what is planned unless WE, like Nineveh,9 wake up and repent.

Yes, anarchists, I think that perhaps 97% of our laws and “authorities” are unnecessary, excessive, abusive, AND often unlawful, but GAZlighting oneself and others about the benignity of “human nature”10 while also ignoring the inner and outer social half of the human quadrant of reality (vis-à-vis the inner / outer individual half) distorts the options and solutions. Let us honestly look at human nature as it really is, as it really has been, and as it will continue to be if we don't address unpleasant, galling truths about it and our delusions and obsessions with power, gain, and glory.

-------------------------/
1. https://dejavu-times.blogspot.com/2012/10/who-is-john-galt.html
2.  Atlas Shrugged by Ayn Rand: digital PDF version found at http://www.mises.ch/library/Rand_AtlasShrugged.pdf . The pages references (D:xxx) refer to pages in that PDF edition.
3. BUT, BUT, BUT didn't Francisco d'Anconia and Hank Rearden violate the sacred rules against self-sacrifice and the requirement to pursue only self-interest when they gave up their love and lover Dagny Taggart to John Galt?
4. BUT, BUT, BUT what if 3 or 4 people want to voluntarily make a collective commitment or contract when “no collective commitments” are allowed?
5. BUT, BUT, BUT didn't those other persecuted achievers (as in: Francisco d’Anconia, Hank Rearden, Ragnar Danneskjold, Dagny Taggart, et al.) go well beyond these directives by putting their own lives and futures at risk (altruism?) to rescue their adored, philosophical leader from captors? (D:874) not to mention (again) the giving up of a beloved paramour Dagny to the enamored Galt?
6. Who decides who is faking reality? And what if the Decider is ignoring / faking reality?
7. And who decides “sloth”? Would that include philosophers who sit and think? Etc.? Etc.?
8. https://en.wikipedia.org/wiki/Shangri-La . For a review of gaslighting, see https://dejavu-times.blogspot.com/search?q=gaslighting
9. Grisly Assyrian Record of Torture and Death By Erika Belibtreu at https://pdfs.semanticscholar.org/f4af/bb82f1b7920fa9444e29eb128bd13832cd46.pdf ; https://en.wikipedia.org/wiki/Assyria . See also: https://dejavu-timestwo.blogspot.com/2018/09/why-was-jonah-so-very-angry.html
10. Watch for a coming Post (probably at the sister site, Déjà Vu ~ Times) responding to Larken Rose's The Most Dangerous Superstition and his claim that: statists and those who fear or oppose anarchy have “a profound misunderstanding of human nature.”